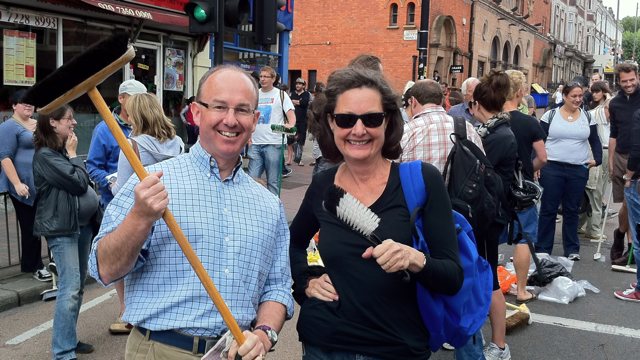 Like every other decent person I was following what was happening in Clapham Junction and elsewhere last night with horror.

Last night I started organising a #riotcleanup with people I know. It was quickly apparent this morning that pretty much everything that could be cleaned had been cleaned, but passing through Clapham Junction this morning on my way to a meeting with Wandsworth businesses and the police I was astounded at the volume of people still there, happily waiting for a chance to help clean up.

And in the meeting with businesses they were impressively focused not on recrimination, but on the future. Not on bemoaning the wanton destruction, but on how we quickly get back on our feet and then improve even further.

And later, returning through Clapham Junction, who couldn’t help but be uplifted seeing the numbers of helpers had grown massively. The team of brush-wielding Junctionites had become an army.

We are not a city of a few mindless thugs and their vacant followers.

We are, instead, a city of magnificent people – both new and old – who collectively stand for something that is worth far more than an entire store of sports fashion or flat-screen TVs.

We should never lose sight that whatever shame can be attached to the riots it is as nothing compared to the pride we can all feel in our response today, tomorrow and every day after.

2 thoughts on “It’s today and tomorrow, not last night, that count”