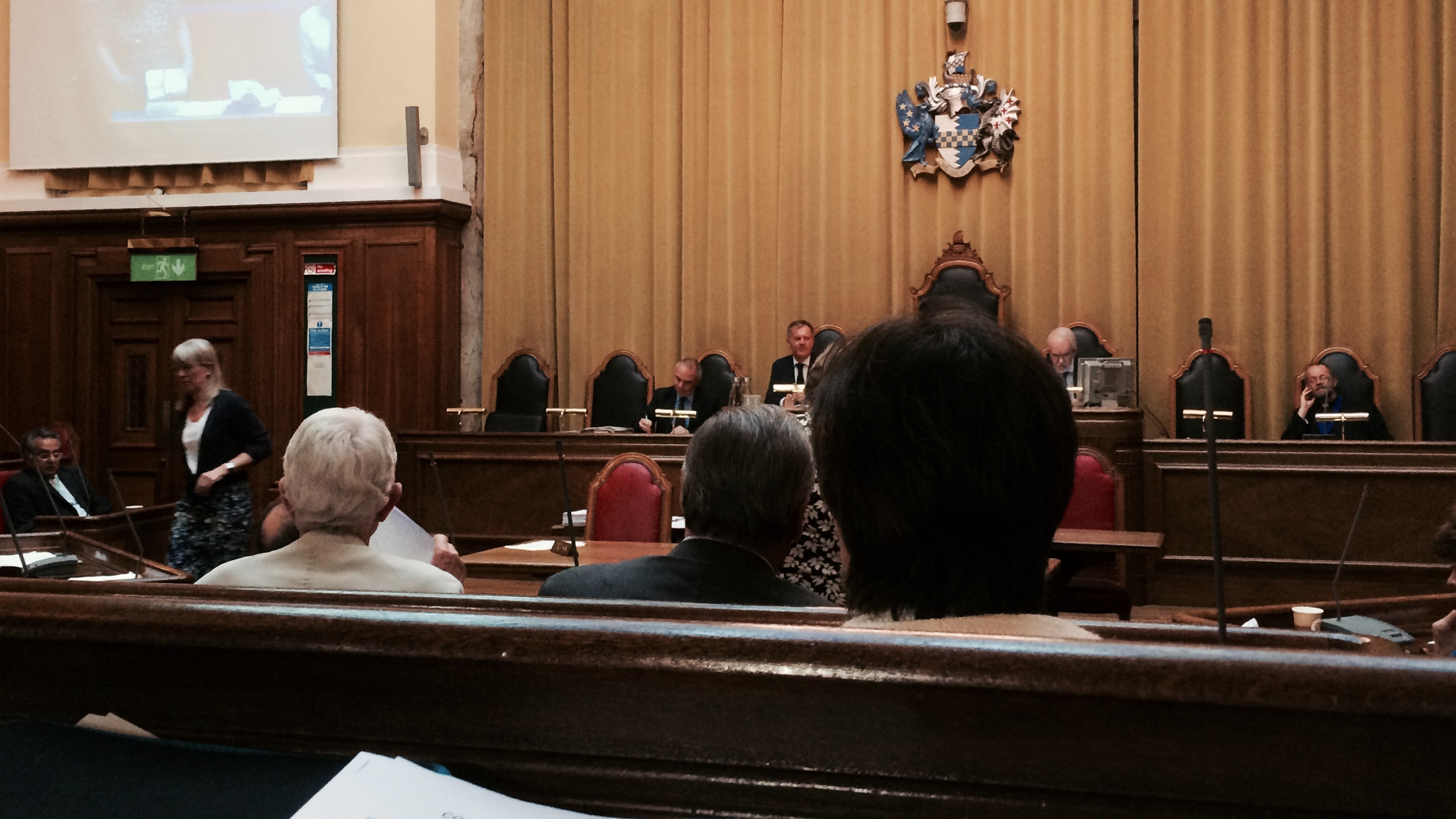 I found myself, as I tweeted, at the back and on the left at my first proper council meeting on the back benches. It was an interesting experience, I’ve posted before that I often ask myself whose life is improved by various council meetings and recognised that the vast majority of people don’t care about full council meetings. Now my visits to the town hall are comparatively rare it brings those meetings I do attend into sharp focus: with the heavy focus on set-piece debates and whipped votes full council meetings do not add value to the democratic process. They are legally necessary and occasionally fun, but they don’t make the borough better. The meetings that make a difference happen elsewhere.

That’s not to say there aren’t interesting moments. The announcement that an article 4 direction1 would be granted to protect The Wheatsheaf in Tooting from change of use took many by surprise and even now I can’t help wondering if it wasn’t a slip of the tongue or some sort of mass mishearing given the lengthy resistance to article 4.

There were also some interesting speeches, especially the maiden speeches from newly elected councillors which indicate what is to come for the next four years. I was rather intrigued by the remarkably political contribution from Cllr Candida Jones. While it contained some bizarre claims (volunteers are all Labour supporters?) I’m actually a fan of politics, it helps frame arguments and give a clear sense of purpose and direction. Too often local government is too much about arguments over who would be the better managers rather than policy differences.

But I must be egotistical and highlight a question tabled about me. I didn’t realise it was tabled, since neither Peter Carpenter (the questioner) or the Leader (who answered) raised it with me beforehand.

(10) Shaftesbury Councillors: Question asked by Councillor Carpenter of the Leader of the Council –

Would the Leader respond to accusations by his former Cabinet Member, Councillor Cousins, that councillors in the Shaftesbury ward were not “the councillors they should have been over the past four years”? What steps will he be taking to ensure that all his councillors pull their weight over the next four years?

I am pleased to learn that Councillor Carpenter is making a quick recovery from his recent illness. Social media is certainly a learning curve, and many different styles of writing and approach can be found. I rather like the modest, even self-deprecating, approach taken by Councillor Cousins but have looked for inspiration at Councillor Carpenter’s own contributions on Twitter. He adopts a somewhat different style. Councillor Carpenter is strong on ‘selfies’ and expands our cultural horizons with updates on his visits to Glyndebourne and Le Manoir aux Quat’ Saisons. Every councillor is right to adopt their own authentic style, and I rather think our residents might find Councillor Cousins’ approach refreshing and disarming.

Interesting for a few reasons. First because I’ve always assumed none of my colleagues read this (and still assume that’s the case, since the answer may well have been drafted by an officer). As far as I’ve ever been able to tell most people come here searching for ways to control or kill foxes.

But it gives me the opportunity to give my answer. Obviously I stand by my original comments. The fact is that this was a ward with three exec members, two of whom with incredibly important jobs on the council. When there are finite resources of time and energy then something has to give. If anyone is to blame it is me.

The fact is that Shaftesbury didn’t get the attention it deserves. The leader, remarkably astutely, recognised and solved this when he sacked me.

The question is, however, what I do to address that. I’ll be honest, it’s still something I’m mulling, drafting my list of projects I want to tackle and planning on making a start after summer. There are a few things on there, some relatively easy, some much harder. And I’ll be clear that my expectation is that most will falter and fail: it is not my intention to only take on things with guaranteed success. This, in part, is the reason I’m spending so long researching and thinking about them all.

Taking Lavender Hill, for example. I know the traders there are drawing up their wish list, so if I were to want to do something to help, I would want to take account of that. But even then, what would success look like? Where would my efforts be best directed?

Or my sense that there should be more ‘community’ in the ward. Clearly I’ve not done enough to cultivate that. Shaftesbury is the only ward in the borough that has not seen a Big Society Fund application. While this reflects, in part, a relatively low level of community groups, equally I’ve not been pro-active in promoting the fund to those groups that are there. But how does one promote community activity? Indeed, should I even bother, if the community itself had not already done so?

And with some, there’s just a bit of inertia. I’m planning on trying to get a Neighbourhood Watch set up in my road. I’ve spent too long researching best practice in setting up Watches elsewhere and my JFDI instincts are taking over on that one.

Above all, I’m keen to be something different. I’m tempted by the idea of being an ‘open councillor’, following examples like open policy making or open data. Possibly I overthink it, but it’s on its way — I haven’t forgotten the commitment I made to the ward.

5 thoughts on “Back seat councillor”