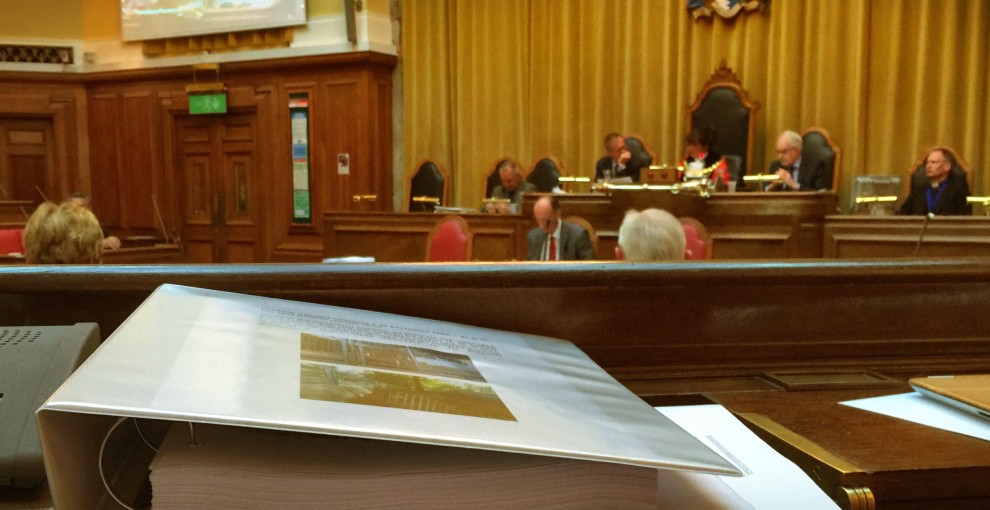 Last night was my first full council meeting as an independent councillor, and in some ways one of the more interesting meetings I’ve attended, because I could attend and make up my own mind rather an having each of my votes pre-determined by the whip. It was remarkably refreshing, as a councillor, to be genuinely undecided and make a decision on my vote on the basis of the debate.

It is also, effectively, the only meeting at which independent councillors have any formal role, since the Conservative group flexed their majority to give us the most marginal of committee places. They even attempted to bury a question from Cllr Grimston about the proposed Richmond merger down the order, although the Mayor, to her credit, insisted it be put higher on the order.

One thing I thought I would try to do is record my votes. As a general rule votes aren’t recorded at the council although you could generally guess which way people voted based on the vote size (there had never been any real examples of people disobeying the party whip). The agenda is available on the council’s website, there were lots of votes taken—many uncontentious—so this isn’t comprehensive, but my thoughts and votes on those that had some debate or interest.

Shared arrangements with Richmond: I voted with Labour on their amendment. Then voted against the paragraph.

I was undecided going into the meeting, but I had reservations. Richmond is very different to Wandsworth, it doesn’t even run some of the big ticket services that Wandsworth runs. Above all the whole things seems to be be drawn up remarkably quickly, an opportunistic merger after Richmond’s talks with Kingston failed. It might be the right thing to do, but that would be luck rather than judgement: a decision of this magnitude needs to be taken with proper consideration, not when Richmond are on the rebound.

Political Groups and Committee Appointments: Mildly interesting. Essentially the Conservatives deciding on which committees the two independent councillors can serve, with the two of us suggesting something different. Unsurprisingly I voted for the independent proposal. Unsurprisingly it was defeated.

Motion on Airport Expansion: This was a rather dull debate of lots of people agreeing with each other. It seemed half the councillors left the chamber for the duration of it. We debate this subject again and again (I assume because it’s a big issue in key Conservative areas!) but I don’t think there’s ever been a different outcome other than unanimous support.

Motion on Private Renting in Wandsworth: I would have had no problem supporting the motion, but equally found myself having not having any problem with voting for the Conservative amendment which was pretty bland, so supported that and the amended motion. This was essentially about supporting private renters in the borough, a rapidly growing tenure and one that is often characterised by insecurity.