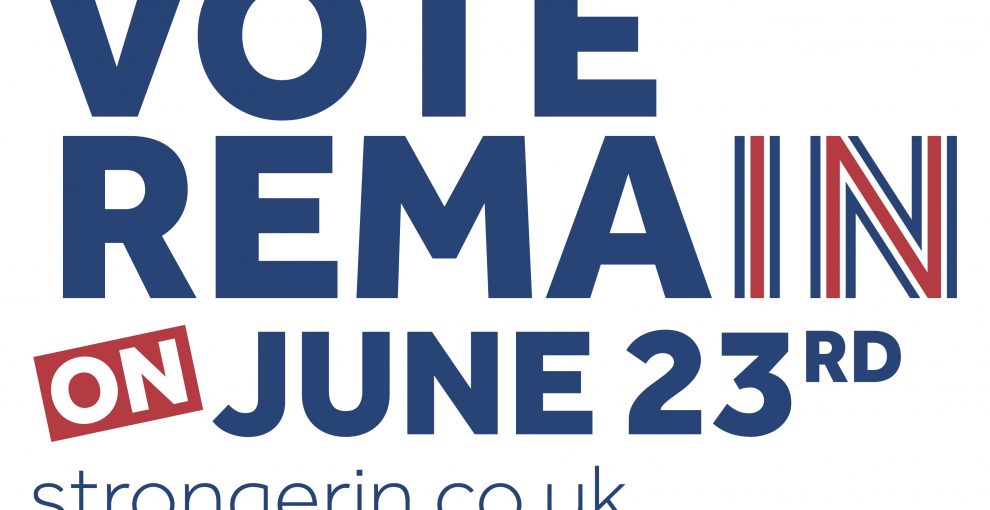 Ever since I’ve been politically aware I’ve been a eurosceptic. If I’m honest, I don’t know why. There were probably childish elements, as a young Conservative (though not, I stress, a Young Conservative) it was probably as much feeling a need to fit in at a time euroscepticism was de rigueur than any intellectual concerns about the EU project.

That euroscepticism remained with me for years. Again, possibly a consequence of the company I kept: you tend to be an average of the people with whom you spend most time and in any case the possibility of Brexit was only ever theoretical.

Somewhere though, something has changed and during the campaign I have never seriously considered voting anything but remain. I am instinctively ‘in’ just as I would have been instinctively ‘out’ only a few years ago.

The referendum will never be considered British democracy’s finest hour whatever the result. From its conception to the final debates it has been defined more by the negative. This was perhaps inevitable when the referendum had no real purpose other than helping a party leader keep his party together.

That’s a shame, because the referendum should inherently be about positive, but competing, visions: whether we’d be more successful as a part of Europe or as an independent nation outside. Instead the campaign’s negative tone has created a corrosive political environment which will continue to take its toll on democracy, and society, for years to come.

Even knowing that, when I try to rationalise my decision I find I’m drawn to the negatives: put off by Boris Johnson’s opportunism, offended by what might be racist undertones, or just Nigel Farage being Nigel Farage.

Trying to look at things more objectively, I can start to feel more positive about ‘remain’. I believe my family would be financially worse off out of Europe. Likewise, I am concerned that Brexit puts many workers’ rights we take for granted at risk. And while the leave campaign highlights all the trade agreements we could enter if we left the EU, it seems a trifle bizarre to leave the one we are already in with 27 other nations.

But these are hypothetical. I know and respect many people who would take the opposite view, that we’d be better off out. It’s impossible to prove one way or the other.

Ultimately, I wonder if it’s just a question of faith. Do I just believe we are better off in than out?

I always take my children with me to vote. While I know, logically, my single vote makes no difference, I feel it’s important they grow up seeing democracy up close. Because while we might just cast one vote, it represents a core truth that we are part of something much bigger and much more important.

The EU may be far from perfect (our own democratic system is far from perfect too, that’s the way these things are), and sometimes it means we have to accept things we might not like. That’s part of life for nation states as much as it is for people. And like anything in life, you don’t get better by walking away from challenges.

I’m voting to remain in the EU not just because I know it isn’t just me that will be better off in, my children are better off in.