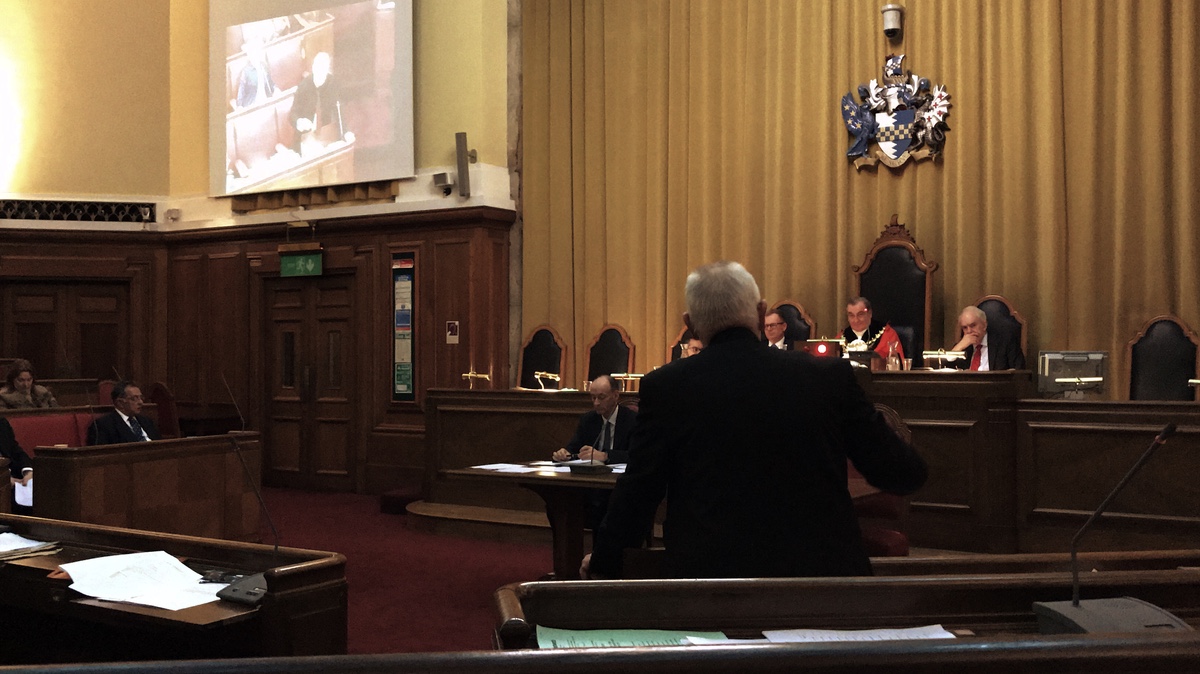 Wandsworth Council failed to show leadership on the Trump travel ban at the full council. The Labour Party were proposing the council leader and opposition leader should jointly formally state their opposition. This, however, was too much.

Even when the opportunity to show leadership was thrust upon him, the leader was unable to grasp it. Wandsworth does not have a foreign policy we were told. Wandsworth can do nothing about it we were told, petitions about road speeds were more our level. It was an awful, pernicious, measure we were told, but it really isn't our place to do anything about it because every issue under the sun will affect some of our residents and we can't take a stance on everything.

These are arguments against doing anything, to be sure. And they have been used repeatedly throughout the years all over the world. I know the council leader is not in the most secure position and there may be good short-term politics in avoiding a stance some of his members will not support. But this is one of those issues on which the right thing might not be easy—it might not be business as usual—but it should still be done.

It doesn't. The council takes a perverse pride in this. We are happily parochial. Except when we're not. The lack-of-foreign-policy policy is only deployed when convenient for the majority group.

You could equally argue that we don't operate an airline, or that we don't own an airport (a few councils do the latter) but we somehow manage to spend great time and effort on our aviation policy.

We don't manage Clapham Common, but we have plenty to say about how Lambeth manage it.

That is not to say that these are bad things to do, but to highlight that when it chooses the council is perfectly happy to take a strong stance on those things that happen outside its borders.

We can't do anything

This is a stronger argument. What's the point of doing anything when we have no control? The council leader was clear that there are all sorts of things we could take a view on, and say affects our residents, and perhaps hinted that because there were so many it was easiest to do none.

But how seriously do we think our chances in getting the government to back down on Heathrow? Exactly what powers did we think we were going to bring to bear when expressing our support for Wandsworth's EU citizens at the last council meeting?

The fact is that by raising awareness, by hoping to influence decision makers, we do and should take those stances on issues we don't control.

We can't take a stance on everything

I wholeheartedly agree. We could debate every single issue endlessly. But sometimes there are issues that are important enough to make an exception. I would contend this is most definitely one.

In some ways I think it's an irrelevance whether or not one, 100 or 10,000 Wandsworth residents are affected. Trump's policy is nasty and dangerous. By discriminating against millions of people purely on the accident of where they were born or because of their choice of faith doesn't make them second class citizens, it potentially makes anyone and everyone a second class citizen: it impoverishes us all and acquiescence is not an option.

We can all sit around and say we don't have a foreign policy, or we can't do anything, or it doesn't affect us. But I think we should be better than that. As a council and councillors we have to strike a balance between service and leadership. A big part of leadership, something the current council either can't, or won't, do is creating the narrative for their community. A vision for the future.

While this is absent in Wandsworth, the contrast between Obama and Trump's narratives for their nation and the world could not be clearer. And faced with that it is clear now is not a time for parochialism.

The council may not have power, but it has influence. It can set the tone for residents, highlighting the type of borough and world we value. And it can seek to influence decision makers; directly in the case of local MPs and through them indirectly influence national leaders and diplomats.

Over one and a quarter million people could have said they don't have a foreign policy. They didn't: they signed a petition.

Thousands and thousands of people in towns and cities could have said they can't do anything. They didn't: they attended demonstrations.

But contrast that with a group of Conservative councillors1, in the comfort of their chamber, who were given the chance to do something and show leadership…

They didn't: they sat on their hands.

And that was literally it. Rather than supporting an adjournment that asked the leader to express his opposition to the ban on behalf of the council, they waited 30 seconds and stuck their hands up to vote against instead. You could hardly have asked for less, but still they couldn't give it.

It was a failure of leadership.