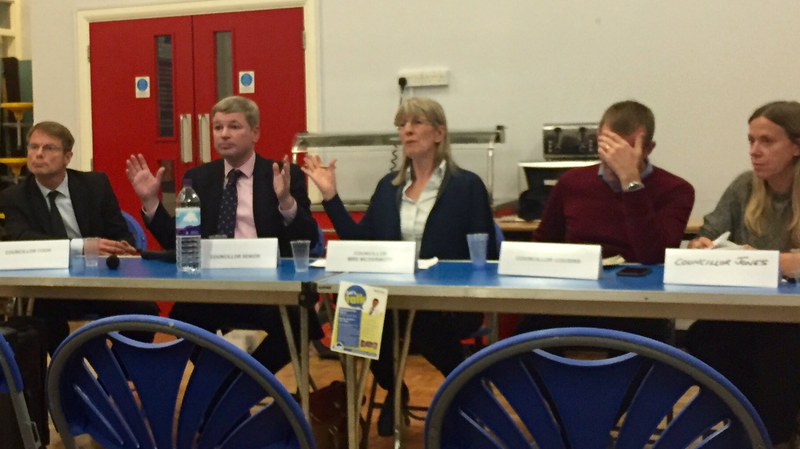 My last blog post was about the Shaftesbury Let’s Talk meeting, a rather dispiriting experience to say the least. National and local politics have been similarly dispiriting since then. The government seems determined to plunge to ever greater depths of incompetence in its negotiations to leave the EU (somehow taking back control seems to have ended up with us ceding even more control to other nations).

Locally politics is no better. With elections next year candidates are going all out to win votes, from taking credit for decisions taken seven years ago to deciding that trolling the local foodbank is a good look.

I’ve whiled away the last few months focusing on residents and doing my best to make their lives a little better but some of the issues raised at the fractious Let’s Talk meeting have not gone away, with considerable dispute over what was, and wasn’t, said.

Unfortunately the minutes from the meeting have not been published. The general procedure is that they are agreed with all the participants first. I know the meeting chair and I gave the OK, so can only assume that other participants have not had time to consider them yet. However, since it’s been two months and subsequent meetings already have their minutes published I’m publishing the draft minutes here (PDF). For those interested in whether or not Cllr Cook promised a tree-by-tree audit it is not mentioned in these minutes, although I recall it being promised during the relevant exchange).

Some caveats. While these minutes were drafted by council officers they are not an official record since they have not been approved by everyone. Indeed, I suspect that some will strongly disagree with the contents and, in the interests of balance, Cllr Cook’s comments on the meeting at a recent council meeting are below.