There really was only one way I could mark Apollo 50. 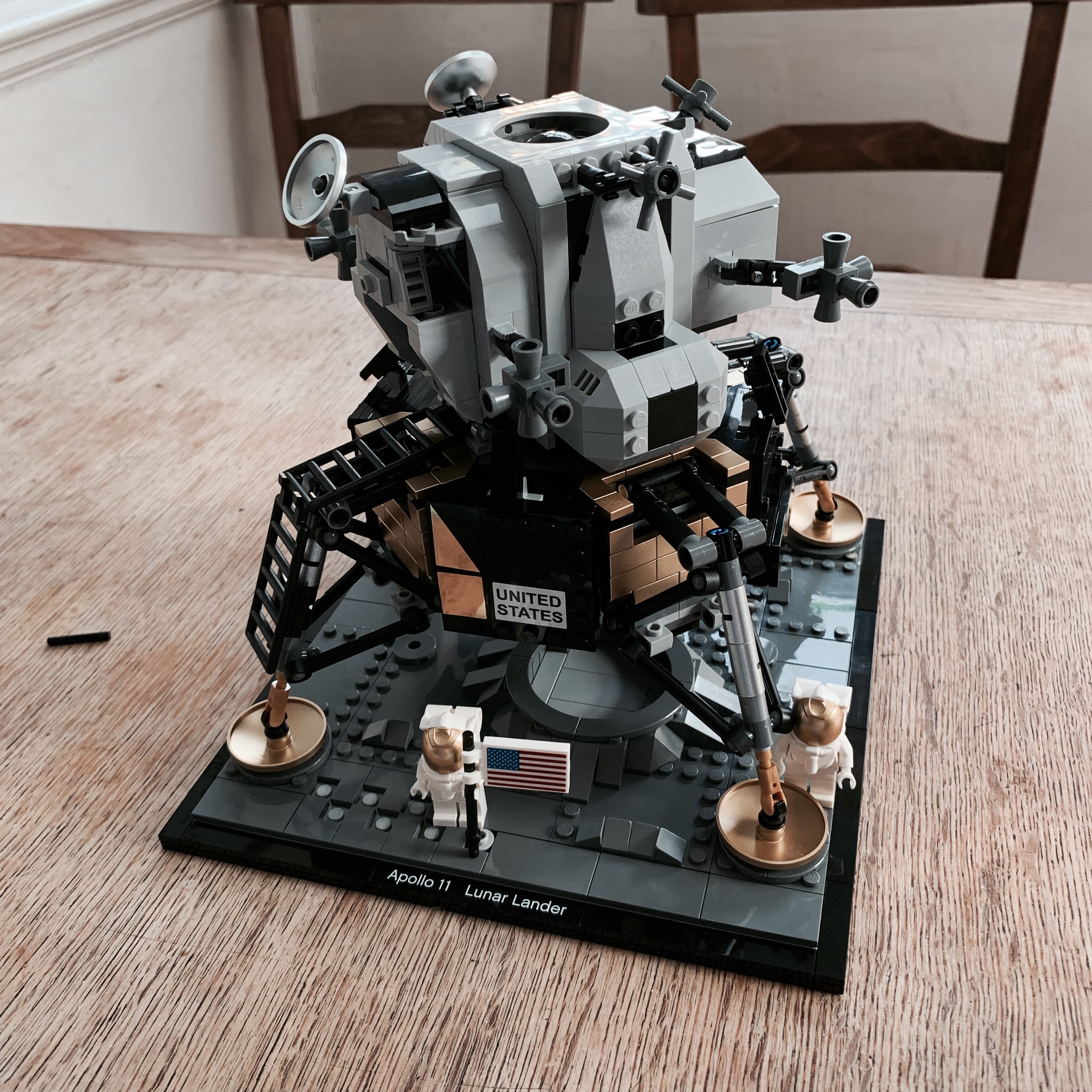 Flexing limited creative muscle at the Exhibition Road Festival. Not quite sure I followed the brief. 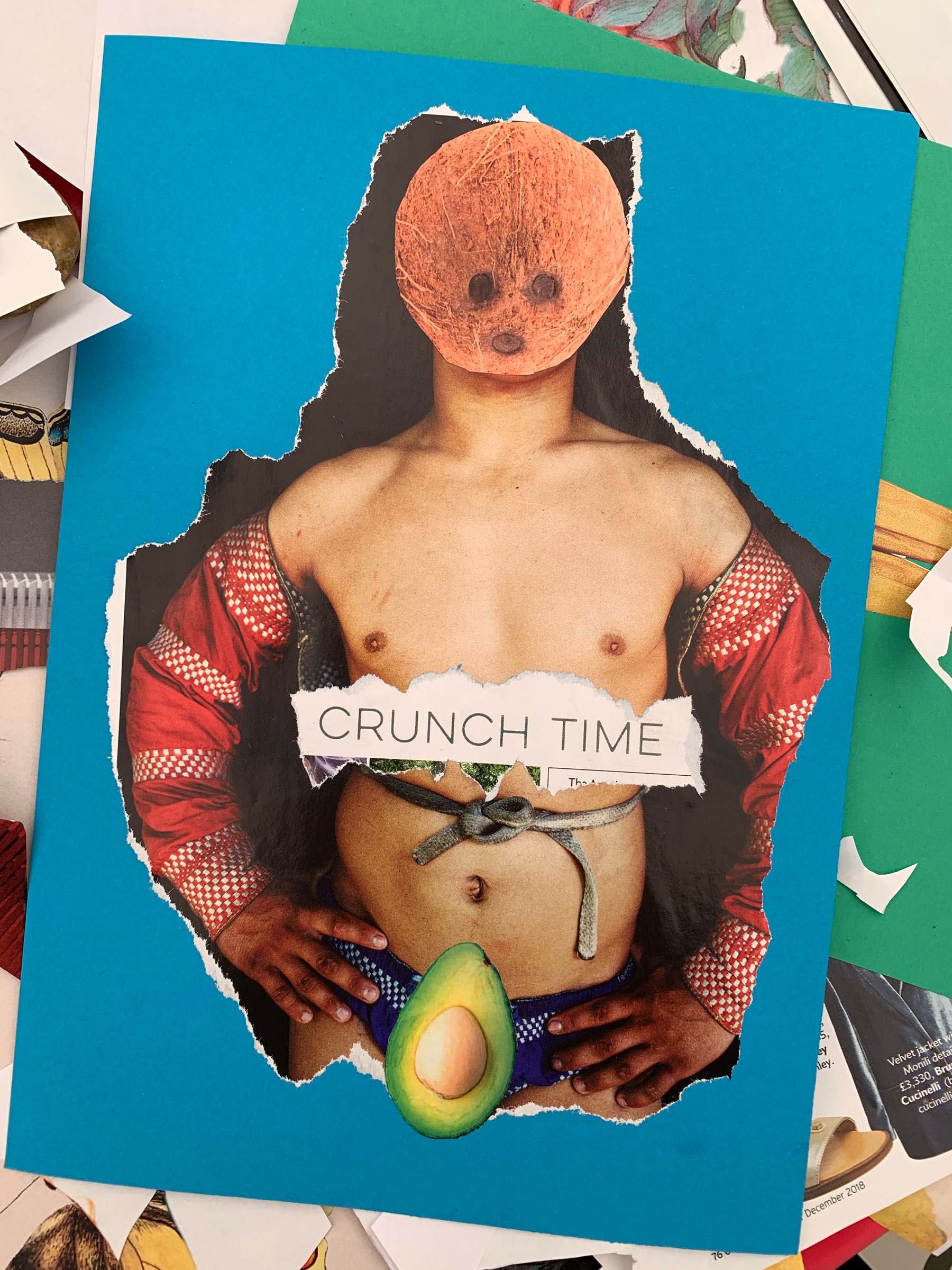 I tried the neural net at Talk To Transformer to see if it could offer some insight on what happens next. Doomed.

Ear-wigging on people talking about politics on the train while they cite Tweets as an authoritative source to justify their stances. Thank god we don’t have any hostile actors on that platform, eh?

Reading the various accounts of Boris Johnson’s shockingly poor approach to his day-jobs reminded me of the few times that I’ve met him. Most of those times have been fairly incidental, when he came to formally open the London Overground at Clapham Junction, for example, or ground-breaking some bland, identikit development at Nine Elms. The one time I had anything approaching a policy discussion was during his first London Mayoral campaign.

The Johnson campaign were having discussions with people from the London boroughs and, being Wandsworth’s turn, a group of us made the short trip to County Hall where the campaign had its offices. One of the first topics of discussion was the idea of having 24-hour Police Safer Neighbourhood Teams (or SNTs).

At the time, SNTs and neighbourhood policing were very much in vogue but a common complaint, mainly from people like councillors rather than actual residents, was that the SNTs weren’t always immediately available. It seems to have been particularly upsetting when they were off duty for a few days (perish the thought they have the equivalent of a weekend). This was largely down to a misunderstanding of what SNTs were meant to do. Neighbourhood Policing should be longer-term, building relationships and problem solving and not responding immediately to issues which is the function of, funnily enough, response policing.

Johnson was enthused by the idea of 24-hour Safer Neighbourhood Teams. They had been trialled by Hammersmith and Fulham Council (at that stage in its brief period of Conservative control) who were funding round-the-clock teams in two areas. I’d actually visited them and found the scheme under-whelming. It was expensive and without any robust evaluation of effectiveness but had strong political support which was evidenced, perhaps, by the lack of any exit strategy. An exit strategy wouldn’t be needed, I was told, because they would be successful. I was unconvinced.

Johnson, however, had no doubt they would be a fantastic success. I presented the alternative view that it would be an expensive white elephant. For around the clock coverage you’d increase the SNT wage bill by three or four times to satisfy a need that simply wasn’t there. London, outside the centre, is not really a 24-hour city and people, including criminals, tended to sleep at night. Realistically no-one needing the police at 5am would dream of looking up their SNT number rather than dialling 999. And if there were a few places that a middle-of-the-night problem was suited to SNT intervention SNTs would change shift patterns to match.

I did not persuade him. Johnson suggested that SNTs could be grouped to cover off-peak policing more cost-effectively. That this was in essence just replicating the sectors in which response policing was already organised was an irrelevant operational detail. His new area-based SNT-response team would, in some nuanced way, be different to the existing area-based non-SNT-response teams. Johnson voiced his opinion that 24-hour SNT policing would be hugely popular and the discussion moved into some other policy area.

Ultimately the idea did not make Johnson’s election manifesto. I don’t think that discussion had anything to do with that. While possible it prompted him to give the idea the few moment’s thought it would take to realise it was unworkable I think it more likely some advisor managed to quietly sideline the idea. Throughout his time at City Hall there was the fiction that it was a mark of his leadership qualities that he appointed high-quality staff to do the work. It seems more and more people are interpreting that less as a leadership quality as more as a reflection of his laziness and lack of ability.

The fact he’s anywhere near becoming Prime Minister should be terrifying. Especially when his likely Cabinet would surely be one of the lowest calibre the country has ever seen. That he’s somehow the favourite among the small, unrepresentative, Conservative party membership is just more evidence that our political system is broken and utterly unsuitable for the 21st century.

I took my children with me to vote today.

It has become a custom. Since they are barred by age from taking part in democracy I appoint them as my proxy. Then they can play some physical part in the process, whether it’s marking the ‘X’ or putting the ballot in the box they get to feel they have voted, that they aren’t just the passive victims of grown-ups’ decisions.

It might be a silly thing for me to do: the consequence of some naïve faith in democracy, a belief that it is intrinsically important. Whatever the reason I make sure we do it at every election.

So we joined the short queue and I answered their questions while we waited. What was the election for? Could we get rid of Theresa May? Would we stop Brexit? My answers disappointed them and I feared they didn’t help my aim of engaging them in the democratic process.

It’s hard not to feel pessimistic. Losing a rational debate is one thing. Losing to an irrational, right-wing populist argument is another thing entirely.

My children continued asking questions and made me realise that perhaps there are reasons to be more optimistic. Future generations are naturally far more global than their predecessors. As long as we can stave off a complete retreat into populism this will just be seen as a spasm. Brexit may or may not be inevitable. Remain may or may not win this particular battle. But what we’re really deciding is not about the bridges we burn, it’s about how many bridges the next generation have to rebuild when they inevitably take us back into Europe and the world.

I increasingly see things not in the light of a battle about the 2016 referendum result but instead about how we rectify the mess that vote created. In that light putting a cross in a pro-Remain box is an incredibly empowering act.

Endgame was amazing. But now left with a slightly disconcerting sense of ‘what now?’ It’s like Boxing Day but with cinema.

Snapped this for my son’s homework tonight (he needs to track the moon’s phases). Never tried astronomy photography before and rather stunned how it turned out. 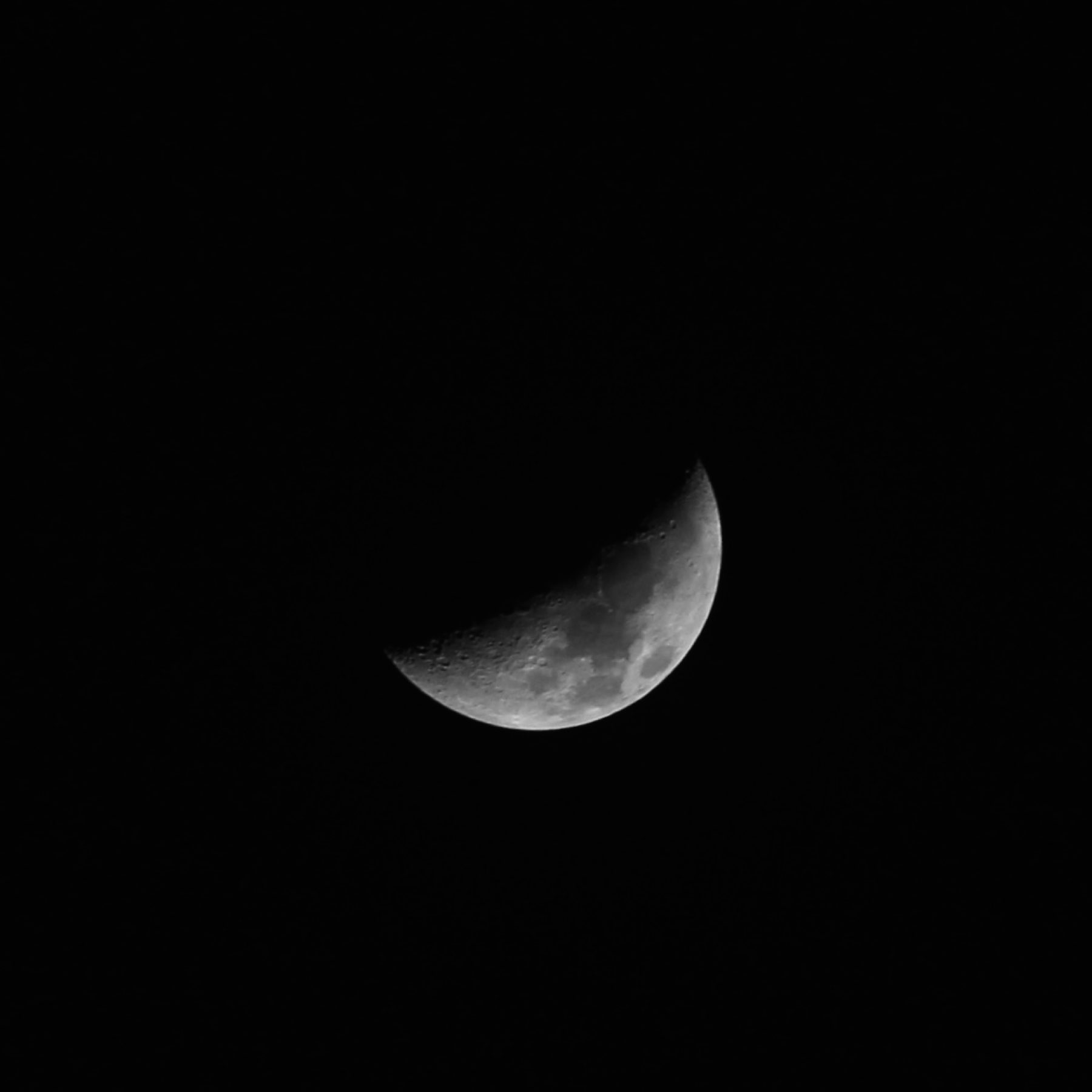 My children’s school, Shaftesbury Park (where I’m also lucky enough to be chair of governors), has become the first school in the country to get LabelFrancEducation accreditation from the French ministry of education. The certificate was formally handed over by the French Ambassador, His Excellency Jean-Pierre Jouyet in a short ceremony this week.

The French promotion of their language is, obviously, a diplomatic tool. And a very good one. Listening to the ambassador during the presentation I realised that, despite Brexit1 and my execrable French, I felt a vicarious membership of a wider community. It also highlighted to me that, aside from the technical and economic difficulties that will leave us poorer after Brexit, we will also be culturally impoverished by cutting ourselves off from global interchange. Theresa May seems determined that whatever the cost of Brexit we will stop those foreign types from coming here and making our country better.

That is a shame. The international perspective is a big part of the school (it also got its International School Award accreditation from the British Council recently) it offers a unique curriculum mix. The school uses the international primary curriculum to encourage children to not just learn facts, but to make connections and really think about the world. It also offers the enterprise approach which teaches them the ‘soft skills’ they will carry with them for their life. One bit of research showed that children given just a few years training in those skills at a young age were still outperforming their peers on pretty much every measure when they were forty2.

But if the curriculum is teaching them to think about their world and the enterprise approach is teaching how they can change their world then French is the gateway that enlarges their world. I know from taking my own children abroad how much it has improved their confidence and there’s something rather nice knowing that even at a young age they don’t see arbitrary borders or different languages as barriers.

There’s also something intrinsically hopeful in it. I think the Brexit vote was the result of the EU getting the blame for long-term failings of English (and I think primarily English) national and local government and I am not sure we will find any way out but by paying the consequences of that vote. But if we can create a skilled, thoughtful and outward-looking generation perhaps in the future we will rectify both those failings and our current insular trajectory.

Quite uplifting to discover my old history teacher’s archeology finds are being sold. He was a great teacher, but seeing this makes me imagine him as an Indiana Jones type in his youth.