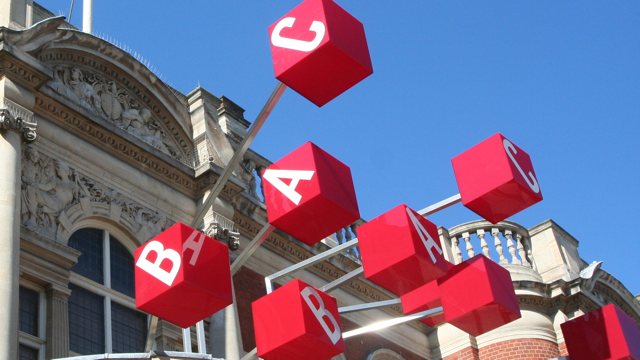 Last week I wondered if most people had moved on from the riots, mentally consigning them to history and getting on as if they had happened in another time or place.

Last night I might have got an answer when 50 people attended the first of three public meetings being held at Battersea Arts Centre as part of the Kinghan review into the disorder.

I really didn’t know what to expect, and as a result am finding it hard to work out my reaction. Was an attendance of 50 good, and if so, why? To be sure, having 50 people to a public meeting (and I’m not a great fan of public meetings) is a large number by Wandsworth standards. But then this was also held in the most affected part of the borough, where thousands of people – residents and businesses owners – can legitimately claim to have been affected by the riots, so maybe 50 wasn’t such a good number.

In fact, the numbers weren’t even that good. A significant number of the audience fell into the category of ‘usual suspects’. (The term might seem derogatory, but isn’t intended that way, I include councillors as usual suspects.) At least thirteen councillors were there, as was the MP, Jane Ellison, and I would guess about half the people attending had some ‘political’ involvement in the area. This is not to discount their contribution, but we all have the advantage of being able to feed into the process in other ways.

The meeting itself was interesting. Neil Kinghan chaired it remarkably well and people were polite and courteous in hearing out others, even if they disagreed. Indeed, it struck me that the audience was remarkably balanced. For each burst of applause for someone speaking out against eviction or looking to blame the riots on social or economic factors, there was applause for someone putting the contrary view that most people managed to resist the temptation of a new TV and trainers regardless of deprivation.

In fact, it was notable that the first round of applause wasn’t given to anyone making political points, but to someone speaking up for Battersea in the Battersea/Clapham debate!

A large part of the meeting focused on the police. A few people pondered whether the police themselves were part of the cause, through heavy-handed use of stop and search, but by far the biggest area of comment and questioning was the police response, with people asking about the availability of officers on the night (52 Wandsworth officers had been deployed elsewhere) and the likely subsequent actions that will be taken.

Reflecting on the meeting today it struck me that there were two schools of thought about the causes: pure criminality or social and economic. Obviously it’s overly-simplistic see it as totally black-and-white, but most people leant more towards one school than the other.

I moved towards the criminality theory during the course of the evening.

So while some blamed bankers, I just couldn’t reconcile that with people attacking local businesses and sports fashion retailers rather than the banks.

And while some asked exactly what youth facilities were open on 8 August, I couldn’t help wondering whether that means the council has to act in loco parentis 24/7 if it wants to avoid criminality (or what difference it would make when over half those arrested are adults).

And if others believe we’ve discovered the price we pay for heavy-handed policing, does protesting against that really need people to plan drop-off points and collection vans for their stolen goods?

Fundamentally I couldn’t help listening to the different viewpoints and realising that it is deeply offensive to the vast majority of people who, regardless of circumstance, manage to go through their lives as law-abiding members of their community.

Everyone involved in the riots knows the difference between right and wrong. The question is not what excuse they (or we) offer for making the wrong decision on that night, but rather how they got to a stage where their moral compass was so weak, they could over-ride it at the expense of their local community.

Later today Battersea will be blessed with not one, but two, ministerial visits.

My own ward of Shaftesbury will be blessed by the Home Secretary visiting Battersea Arts Centre to give a keynote speech on crime and anti-social behaviour – so look forward to the latest government initiative there – and just down the road the Parliamentary Undersecretary for Health Services will be at the St John’s Therapy Centre.

Now there is a long tradition of high profile visits by ministers and shadow ministers to marginal seats – back in 1997 John Bowis received many ministers in his unsuccessful bid to retain Battersea for the Conservatives. This time it seems Martin Linton may well be benefiting as he bids to defend his 163 vote majority for the Labour Party.

These events allow the local MP to welcome the dignitary, be seen with the great and the good, and with a bit of luck feature in some of the media coverage. All valuable when you are trying to raise your profile with the local electorate. Especially when the events are on key concerns, crime and health.

What makes the St John’s Therapy Centre visit even more special is that it will be officially opened by the minister, Ann Keen. Who wouldn’t want to be associated with a new NHS facility?

Well, new-ish. While it might not have been officially opened yet, the patients who have been using it for two years since it actually opened probably haven’t noticed. But why should two years ruin a great photo op?