After the election the number of meetings will be cut by a third. Effectively all the committees and the full council will meet roughly quarterly.

This will be a change. It means that some items that considered by councillors before will no longer go through formal committee scrutiny. I have mixed views on this; there is an issue about reducing democratic oversight, and I’ve no doubt there will be some adjustments to which papers go to committees as councillors re-assess what’s really important. But meetings can be an expensive luxury. Having a committee meeting creates a huge overhead, from time taken by council officers to prepare the agenda, right down to the physical costs of hosting a public meeting. The council surely has a duty to ensure it exercises democracy as efficiently as is delivers any other service.

On a more practical level where are councillors more effective, in their ward or in a committee meeting? I’d be tempted to argue that a lot of value I have brought to the rôle comes somewhere in between, but particularly in the meetings and discussions I have with officers outside formal meetings (I won’t deny a twinge of sadness at the end of one such meeting yesterday afternoon when it occurred to me it might be the last).

Thinking back to my time as a councillor since the last election, I am probably proudest of Battersea Buzz. It wasn’t a council event—arguably I, or someone else, could have arranged it as a private citizen. It started not in a committee room, or even a council office, but over a coffee in Costa on St John’s Road. From there it took off and brought together hundreds of people who made connections and came up with ideas that are still having an impact today.

I mused about all this while I sat in the council chamber last night. While the debates were a discordant mix of demob-happy and electoral passion, it occurred to me that no-one outside the council really cared that much. Road repairs, education, health services and—yes—even Europe come up when canvassing. Not a single person has raised the machinery of local government with me on the doorstep.

Entirely predictable. But it does make me a bit sad. 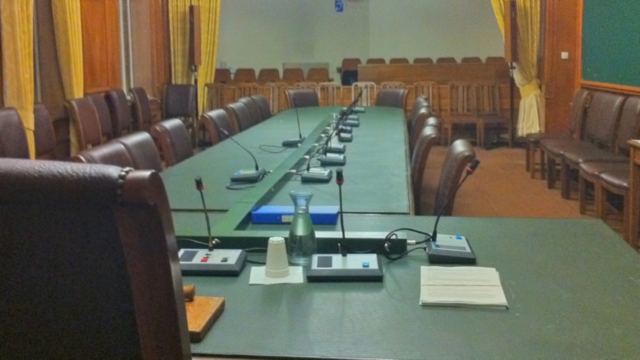 I was thinking about the Shaftesbury Ward report back next week, and specifically the leaflet containing facts and figures about the ward and the area. One thing it doesn’t contain is any real information about the councillors. However, I do publish some information already on my open data page so I spent an idle few minutes assessing my meeting attendance.

I will caveat this post: I don’t think meeting attendance is a very good measure of the quality or otherwise of a councillor. Frankly, what they do outside the formal meetings can be a lot more meaningful to the day-to-day lives of residents. And while it’s easily measurable, it’s binary; you were either at a meeting or you weren’t, it says nothing of the contribution you made.

Overall performance
Of the 60 meetings I listed I managed to attend 49, an overall rate of 82%. I could argue that was pretty good, but then I’d be a little hypocritical given what I’ve said about meetings not being a good measure of a councillor!

What might be a little more revealing is why I missed 18% of meetings.
END_OF_DOCUMENT_TOKEN_TO_BE_REPLACED

I thought, since I have a data page, I should have some data relevant to me in there as well as data I use in posts.

There aren’t that many datasets that I think are particularly useful, but the first that sprang to mind was attendance. It’s a tricky one, because I’m elected as a councillor and part of that means I should be attending meetings and voting or expressing a view. But on the other hand formal meetings are such a small part of it. If I were to draw up a list of what makes a good councillor then attending meetings would be at the bottom of that list, there are many many more important criteria.

Havind said that, it is publicly available information and often cited politically (usually negatively) so I can’t really ignore it.

My list is fairly limited, it basically consists of public meetings I attend as a councillor or meetings to which I have been appointed by the council, I’ve back-dated to the last election and on some included a note to explain why I was absent. My track record isn’t too great, although I feel it isn’t as bad as it might look.

I missed one school governors meeting, because it clashed with a council meeting, so whatever I did I would have missed something. And I missed one full council meeting because I was working out of London that week, however, it was the annual council – essentially the Mayor making – so it was a civic event rather than a meeting transacting substantive business.

The data page explains each meeting in a little more detail.

Things are getting quieter as we get close to Christmas. While we don’t have a ‘recess’ like Parliament (since we don’t sit, but meet every six weeks or so) the council carries on, there are no formal meetings over the Christmas period.

That’s not to say we do nothing. Obviously all the council staff have been working away providing their usual excellent service. And I’ve been doing various bits and pieces, but it makes for a fairly sparse end-of-week posting.

A lot of the stuff I’ve been doing is in preparation for the start of the year and the first committee meeting – discussing the agenda and reviewing and amending the reports.

I’ve also had some of my general meetings to discuss the broader issues and progress on specific projects and this morning had a fascinating session with the fire brigade on how they target their prevention work. Like crime and ill-health we are not all exposed to equal risk, so the fire brigade do a lot to target their prevention work where it will have the biggest impact.

But generally the week has been quiet from a council point of view, giving me a great opportunity to catch up, get on top of things and start preparing for 2010.